Users may see the battery improvement they’ve been hoping for with Apple’s eagerly anticipated iPhone 15 series, which features the A17 chip.

TSMC, a manufacturer of semiconductors, will hold a ceremony to formally introduce its new 3nm chip into mass production, according to 9to5Mac. This year, Apple is rumoured to use the 3nm process for the M2 Pro and M2 Max chips in addition to the A17 processor in the iPhone 15 Pro.

When it comes to using ever-smaller processes, TSMC has been at the forefront. Both the iPhone 15 and Macs powered by the new M2 Pro chip are expected to use the company’s new 3nm technology, which just started mass production.

What does the iPhone 15’s A17 processor chip mean, though?

A big step is making the transition to 3nm. Although Apple refers to the A16 chip powering the iPhone 14 Pro models as a 4nm chip, TSMC describes the N4 technology used for the processor as an improved version of 5nm. This implies that TSMC will effectively switch from 5nm to 3nm immediately.

With each new process generation, a chip of the same size can accommodate more power. Normally, there are trade-offs between performance and power consumption, but Apple’s chip designs aim to provide the best of both worlds by fusing performance and efficiency cores.

The provision of an incredible statistic for power efficiency improvements while making much less direct references could serve as a hint as to what to expect from 3nm chip-powered devices.

The OLED display on the Apple iPhone 14 Pro measures 6.1 inches, while the OLED display on the iPhone 14 Pro Max measures 6.7 inches, according to Pocket-Lint, despite the fact that not many details about the upcoming iPhone 15 series have been made public. It is anticipated that Apple will stick with OLED for the Apple iPhone 15 Pro models, and that Dynamic Island and the Always-On Display features will also likely be back.

Apart from some newly introduced features, MacRumors reports that this is similar to the iPhone 14 Pro models. Sony sensor is probably going to be present in the iPhone 15 Pro versions. The sensor can increase each pixel’s saturation signal level by two, allowing it to collect more light while maintaining the proper exposure in a variety of situations. 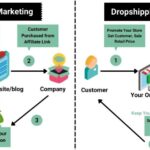 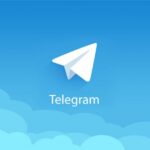