Based on a leaked memo that CNBC published, Disney CEO Bob Chapek forecasts a reduction in staff after the company reviews its spending. Disney may also decide to halt hiring altogether and limit new hires to those needed for critical, revenue-generating positions.

An Upcoming Round of Layoffs?

A round of layoffs is unavoidable if the company moves forward with this. Disney won’t be the first streaming business to do this; this year, Warner Bros. Television and HBO Max have both made several layoffs. In addition, because of the slower subscriber growth, Netflix has also let go of many employees.

The number of employees who might be impacted, should Disney reduce its workforce, is not yet known. As of now, the business will start assembling a taskforce to examine its cost structure.

After the company’s earnings call earlier this week, when CFO Christine McCarthy stated the company was “actively evaluating our cost base currently, and we’re looking for meaningful efficiencies,” the possibility of layoffs had become possible.

Additionally, it appears that the business has tried to cut expenses. Chapek advises staff to hold business meetings virtually to reduce travel costs in their most recent memo.

However, Chapek believes that by the end of 2024, its services will begin to turn a profit.

Also Read: Reasons Why You Should Hire Professional Web Designers

The US’s Increasing Number of Layoffs

This is not the first instance of it that we have. A trend that has emerged in the US is the increase in layoffs.

The impending recession, the trade disputes between the US and China, and the layoffs at companies that lost the streaming war, like Disney, could all be considered contributing factors.

Disney may be well-positioned to weather the storm thanks to their extensive network of assets. We’ll have to wait and see how this plays out for the company’s future.

Disney recently sent out a memo that will soon have an impact on the staff. The precise number they will be laying off is still unknown. If this occurs, it will probably have an impact on all aspects of its business, including its streaming services. Having said that, we’ll have to wait and see if this is successful.

It’s time to get ready for the worst because the decision to let go of some of its workforces has become standard. It appears to be happening to the company more frequently, which is a sign that many businesses are going to face difficulties in the future. 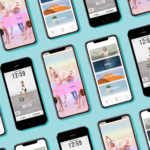 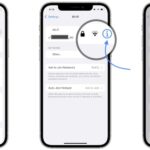