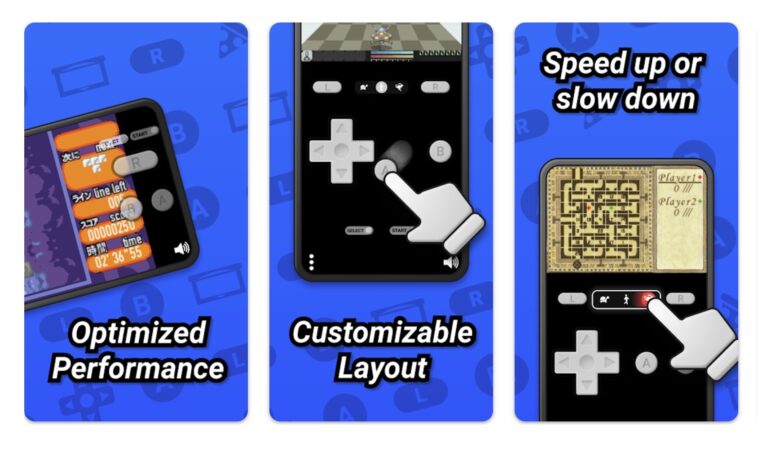 One of the best-known portable gaming systems ever is the Game Boy Advance. Given the market share that Android smartphones enjoy, it was almost expected that Android users would be interested in playing their old GBA favorites on their phones. There are now a few good Android GBA emulators worth using thanks to the development of the Android platform. The best of them have been gathered here for you.

Not only is VGBAnext among the best GBA emulators for Android, but it is also a Game Boy Color, Game Boy, NES, Famicon, DiskSystem, and VS System emulator. Here, you can play some incredibly esoteric music. However, the abundance of GBA-compatible supplemental hardware that VGBAnext offers is the real incentive to install it. Even light guns and rumble packs are simulated by the app! There are numerous skin customization options as well, so you can make it more aesthetically pleasing.

Additionally, VGBAnext supports both newer and vintage gamepads, such as the Nyko PlayPad and the PS3 Sixaxis controller. Users can trade save states, and there is even wireless multiplayer available over Wi-Fi. You also get a cool “Rewind” feature that enables you to quickly go back 16 seconds and try again that challenging section. Last but not least, VGBAnext has a peculiar feature that lets you record a game’s soundtrack or sound effects and use them as your phone’s ringtone.

Pizza Boy is regarded as one of the most accurate GBA emulators for Android and one of the more recent Gameboy Advance emulators. It consistently receives excellent results in tests of emulation accuracy. In fact, enthusiasts have compared the accuracy of Pizza Boy to that of other emulators, and it has won. Pizza Boy uses a variety of cutting-edge features in addition to excellent performance, including the ability to save files and configuration data back to Google Drive, display ROM box art, support for local and network multiplayer, and emulate cartridge features like the gyroscope and rumble. Additionally, Pizza Boy has interchangeable skins that really set it apart from rival games.

Since Pizza Boy is one of the more recent emulators on this list, development on it is still going strong. Although Pizza Boy has a free version, many of the features that make the emulator so effective are only available in the paid version. Zipped ROM files are supported by both versions. Pizza Boy for Game Boy Color was created by the same developer, and it is equally impressive. Consider using one of these emulators to port Android apps to Windows or Mac.

Because it’s not really an emulator, RetroArch is the face of the emulation industry. The best way to describe it is as a single, integrated application that organises your emulators and games. There is no need to fiddle with different apps because RetroArch can launch both the game and the corresponding emulator. The front end supports a staggering number of systems and is compatible with a wide range of platforms, including Android (including Gameboy Advance).

RetroArch is a very practical method for playing games from various consoles, but it requires a lot of configuration. For each system you want to emulate, for instance, you will need to download individual “cores” for it. Each system offers a variety of core options. VBA-M and mGBA are typically regarded as excellent Gameboy Advance options. Read our comprehensive guide to RetroArch on Android before you begin because it can be intimidating.

The two separate apps John GBA and John GBC have been replaced by John GBAC, which can be downloaded from the Google Play Store. Neither of them, though, underwent active development.

The appeal of John GBAC, like the earlier apps, is its simplicity. The fundamentals are present, but more sophisticated features are missing. Support for gamepads, compatibility with zipped ROM files, and even save file uploading to Dropbox are all offered (this requires a different app called John Datasync). John GBAC is a good option if you want a hassle-free Gameboy Advance emulator. John GBAC is additionally totally free to use. You will need to pay money, though, if you want to get rid of the ads.

There are several emulators from Nostalgia, and their Gameboy Advance version is another excellent choice. Although not particularly impressive, the user interface in this case is still useful. All of Nostalgia’s family of emulators share the same user interface, so you know what you’re getting. You can find a good GBA emulator if you can get past the drab aesthetics. Nostalgia. The foundation of GBA is mGBA, one of the most reliable and well-liked open-source Gameboy Advance emulators out there.

Users of Nostalgia.GBA can share save states between various devices in addition to accuracy. You can send save states via Bluetooth, email, Skype, and other methods from within the app. Additionally, Bluetooth gamepads and ROM files in the.GBA and.ZIP formats are supported by Nostalgia.GBA. Users can also use cheats and even turn on a “rewind” feature to replay specific game segments until they “git gud.” The only difference between Nostalgia.paid GBA’s “Pro” version and its free “Lite” version is the presence of advertisements.

Want to play a brand-new game on your smartphone? Try out these top shooting games for iOS and Android.

The most well-known Gameboy Advance emulator on this list is My Boy! This popularity has been attained through excellent performance, accuracy, and features. Because of its high efficiency, My Boy! offers longer battery life when in use. My Boy! also includes BIOS emulation, which allows for extremely accurate game emulation. Additionally, the app can simulate a number of cartridge features, including the solar sensor, gyroscope, and rumble.

Other helpful features in My Boy! include fast-forward, slo-mo, local and network multiplayer, as well as save file syncing via Google Drive. Although there is a free version, it is ad-supported and does not have all of the features found in the paid version. One final observation: even though My Boy! is reliable and well-liked, there haven’t been any significant updates in a while. Therefore, you might want to look elsewhere if you’re looking for performance tweaks or added features.

Robert Broglia, the creator of one of the most well-known SNES emulators ever, created the incredibly reliable, feature-rich GBA.emu option. GBA.emu, which is based on VBA-M, emphasises low audio/visual latency. It accomplishes this by providing high-quality BIOS emulation, which ensures that games function accurately.

GBA.emu’s user interface is extremely simple because it focuses on performance. In addition, there aren’t any eye-catching extra features because the emulator is performance-focused. GBA.emu offers customizable on-screen controls, controller support, and cheat codes. That’s pretty much it. Although GBA.emu accomplishes its objectives, the price is a bit high, especially for an emulator that lacks some of the more sophisticated features.

Lemuroid, an all-in-one emulation solution that runs games from a variety of consoles (including the Gameboy Advance), spanning all the way back to the Atari 2600 to more modern consoles, like the Nintendo 3DS, is worth checking out if you intend to run more than just Gameboy Advance on your Android device. Lemuroid also supports controllers, customising the size and placement of the touch controls on the screen, and cloud save file syncing. Additionally, there is compatibility with zipped ROMs and local multiplayer support using multiple controllers on a single device. Lemuroid is completely free, with no ads to be seen, to top it all off.

Lemuroid is based on the open-source Libretro, just like Retroarch. Their ease of use is the main distinction between them, though. Install the app, search for your ROMs, and start playing with Lemuroid right away. Lemuroid is ready to use right out of the box. Retroarch, on the other hand, needs some tinkering to get everything to work. Lemuroid is what you want if you want to skip the configuration and just start playing.

The straightforward GBA emulator is fairly accurate and has a tonne of extra features. Choosing John GBA is a fantastic choice for those who prefer simplicity. It has built-in cheats and a number of rendering-improving options. The Dropbox support, which enables you to sync your saves as well as configuration data to the cloud, is especially helpful. After that, you can get that data and use another Android device to carry on playing.

Although the default virtual gamepad layout isn’t great, you can customize it by adjusting the size and placement of the on-screen buttons. Additionally, Bluetooth controller support is available. Since John GBAC, its replacement, is now available, there is really no reason to use John GBA; however, since John GBA is backwards compatible with Android 4.1 devices, we decided to include it on this list. John GBAC requires Android 6.0 or higher to operate.

Tip:Did you know that you could play games without downloading them to your phone? Check out these titles that Chrome makes available right away.

VinaBoy Advance, one of the more basic Gameboy Advance emulators available on the Google Play Store, delivers what it promises. Advanced features like rewinding, transferring save states between devices, and tweaks are not available here. You do, however, receive a straightforward and user-friendly GBA emulator that can run.GBA,.7z, and.ZIP GBA ROM files.

The fact that VinaBoy Advance is free gives it a significant edge over the competition. There are no intrusive ads or features that require a payment to access. Of course, you have to give up some of the more fundamental features found in other emulators, but the fact that it’s free is already a compelling argument. Be aware that VinaBoy Advance’s most recent substantial update occurred in 2018. Despite this, VinaBoy Advance is backwards compatible with Android 4.0, so if you have an older, low-power device, it might be worth installing.

EmuBox, one of the more recent options on the list, is a jack-of-all-trades app that emulates a variety of classic gaming consoles, including the Gameboy Advance, all in one place. The GBA emulator is incredibly basic. Expect no more advanced features than save states and cheats, but it does the job. Look elsewhere if you’re interested in adjusting different settings.

EmuBox has the advantage of being totally free, but you will occasionally have to put up with ads. Additionally, if your device has the required power, EmuBox can emulate consoles like the Nintendo DS and the PlayStation 1. It’s crucial to keep in mind that EmuBox is still in the early stages of development even though it might not have as many features as other apps. Let’s hope that new functionality will be added in the future. 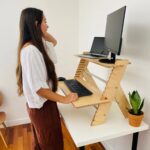 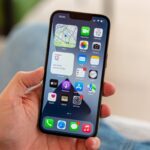