Do you know For Best user Experience, Meta is added New Video Tools? The main competitor to Meta’s recently launched Reels feature on Facebook and Instagram is TikTok. Since its launch on Facebook, Meta has made a concerted effort to figure out how to significantly outperform TikTok in terms of attention and popularity among young people and social media users. However, Meta was forced to endure the cruel blows repeatedly and retreat each time in order to locate a suitable treatment.

This time, Meta has created new video editing capabilities for both Instagram and Facebook Reels in order to give consumers everywhere the best and most seamless experience. Reels on Instagram and Facebook will soon get additional creator tools, according to a recent announcement from Meta. These new tools will let content producers create distinctive and custom original material on the web.

Some Instagram functions, like Emoji, Poll, and Quiz, were only accessible on stories. In an effort to be innovative and go beyond the box, Meta is making them accessible on Instagram Reels. In this article, Meta is including the Reels of Instagram and Facebook, so let’s learn about new artistic tools.

The calibre of the material and the audience reach are the two most important components of any social media network. The content producers would look for another platform with a more successful internet business if they didn’t have access to the wider audience. With the aid of new improvements and capabilities, Meta is releasing new artistic and video editing tools for Reels to provide producers a wider audience.

By enabling PC users to edit and upload the Reels, Meta has done a fantastic job. For a wider audience, desktop users can access the web browser through Creator Studio. Reels could only previously be edited and published by iOS and Android users, restricting and barring a major section of content producers.

To outperform TikTok, Meta is using every tool at her disposal. The creators of Facebook Reels can now add voice overs to their recordings using the new audio tool. Users’ inventiveness and dependence on Facebook Reels rather than TikTok will grow as a result of this feature. Meta has also introduced the Sound Sync in this wonderful competition trip, allowing users to sync the song to the pace of songs giving a mellifluous rhythm.

Instagram Reels were previously limited to one minute in length. The brand-new improvements enable content producers to produce Instagram Reels that last up to 90 seconds. It will enable authors and innovators to produce more fervent material to captivate the greatest number of audiences worldwide.

Instagram Reels have been given a longer lifespan, and the Meta has also added Instagram Stories features like emoji stickers, quizzes, and polls to the Reels. The reach of the content producers will increase thanks to this innovative method of reaching more individuals.

Additionally, you may contribute your audio for a richer and more improved experience, just like Facebook Reels. The Instagram Reels will then become more beautiful thanks to templates.

By introducing additional creative and video editing tools, Meta is attempting to compete with TikTok. Content producers can use Watch to connect with their audience around the world with the aid of new creative tools. Reels may be found on Facebook mostly through Feed, Watch, and Group. Additionally, for a wider audience, producers on Instagram can also suggest their Reels on Facebook.

With the help of these features, Meta wants to restore Facebook’s damaged reputation. Whatever the case, there is a tremendous amount of competition between the two tech behemoths, and Meta needs to take many fresh and creative steps in order to lead the way. 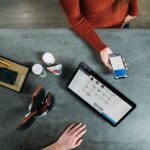 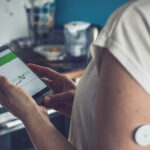