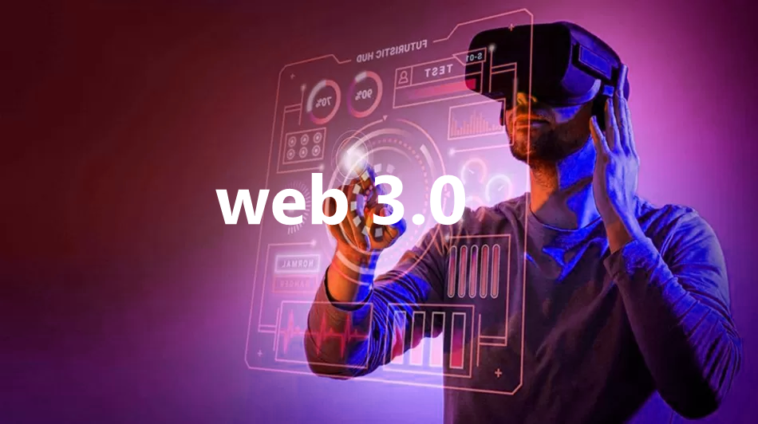 When it came out in 1983, the internet was a new idea that took the world by storm. Internet is a worldwide network of computers that lets people share all kinds of information. It also makes it easier to talk to people around the world because the internet is a huge network of computers all linked together. People have often used “internet” and “web” to mean the same thing. But that is the furthest thing from the truth. The web works on the internet, which is a computer network that connects computers all over the world. When the Internet came along, it started a snowball effect.

Tim Berners-Lee made the web public in 1989, which was six years after it was first made. This version of the web was called Web 1.0, and it was mostly made up of personal web pages that didn’t change much. The static pages were hosted on web servers run by ISPs or on free web hosting services.

In 2004, Dale Dougherty called Web 2.0, or the second generation of the Web, the “read-and-write web.” This is how most people think of Web 2.0. The Web before this one was called “Read-only Web.” Tim O’Reily described the web 2.0 as a business revolution in the computer industry caused by the move to the internet as a platform and an attempt to figure out the rules for success on the new platform. Web 2.0 has also been called the social web where everyone can take part. Web 2.0 is about how web pages are made and how they are used. There are no changes to the technical specifications. Web 2.0 lets people create user-generated content in a virtual community and talk to each other and work together in a social media dialogue. Web 2.0 is like Web 1.0, but better.

Web 2.0 has a number of online tools and platforms where people can share their ideas, thoughts, experiences, and perspectives. Web 2.0 apps are more interactive with their users. With the arrival of Web 2.0, things like podcasting, blogging, tagging, social bookmarking, social networking, social media, etc., became more popular.

As technology has changed and spread to almost every part of the world, the web has changed as well. Web3.0 is a change in how people use the web and how they interact with each other. It involves turning the web into a database. In Web 3.0, it’s important that data is shared, not owned. Web 3.0 is also called “The Semantic Web,” and its goal is to organize the information on the web in a more logical way than Google. Web 3.0 puts more focus on the individual than its predecessors, which put more focus on the company and the community.

Decentralization is the most important idea behind Web 3.0. Some companies that are in charge of running the Web have a lot of power because they are in charge of the Web as a whole. As people liked the new technology that was being offered to them, these companies became more and more rigid. Decentralizing the web is good for crypto markets, which would make it much easier to switch to a decentralized network. Crypto would help solve the problem by coordinating the decentralization and giving incentives for development.

Web 2.0 has also seen the end of privacy, with cyber attacks being the worst thing that could happen to it. With Web 2.0, hacking and data theft have become real problems. On the other hand, data privacy is protected by Web 3.0. The building blocks of Web 3.0 are being put in place, but there are still problems as Web 3.0 startups try to get companies to agree on the Web 3.0 protocol.

Web 3.0 would be an important part of the world’s move toward digital work. The computers are taking over the world and using some of the same ideas that people use in the real world. One thing that the digital world tries to copy is the registry. The blockchain is a decentralized list of all the transactions that a user has made.

“The blockchain is the database or registry that can be used to record ownership of any asset. This database isn’t kept up by the government. Instead, it is kept up by a network of computers all over the world and kept safe with cryptography. When someone buys or sells an asset, the transaction is recorded on the blockchain, and the new owner gets an NFT as proof of ownership “The founder of KoineArth, Praphul Chandra, said this.

The core idea of decentralization in Web 3.0 helps make possible things like blockchain, non-fungible tokens, cryptocurrencies, the metaverse, and so on. With the arrival of Web 3.0, NFT has become a way for new artists to sell their work. Artists are interested in selling their work digitally as NFTs, for which they can be paid in either cryptocurrency or regular money. Using smart contracts or the blockchain, people can build their own groups without a central leader. Decentralized Authority Organization is the name of this group (DAO). Even brands are getting on board with this trend.

The fact that NFTs, crypto, blockchain, the metaverse, and other paths all work together makes Web 3.0 much easier to use.

“With its roots in decentralization, Web3 can make it possible for users to run their own finances, content, goods, real estate, etc., without having to pay or deal with middlemen. Through Web3, creators can get paid directly for their curated content or products without having to deal with third parties. Because of this, the combination of Web3 and metaverse has given the entertainment industry a lot of ways to make money, come up with new ideas, and connect with their fans “Biconomy’s co-founder, Aniket Jindal, put it this way.

Blockchain is one of the best ideas that people have ever come up with. But because Web 2.0 is set up in a centralized way, it can’t do as much as it could. Web 3.0 wants to change how blockchain works. Aniket Jindal says that blockchain technology is being used more and more in traditional sectors to improve security and openness.

“AI, IoT, and Blockchain are the three main parts of Web 3. While AI helps decode and sort data, Blockchain helps make decentralized data storage possible, which provides much-needed security (which is hard to do in Web2), and IoT helps Web 3 connect the internet to smart devices by making them work together “co-founder and COO of UniFarm Tarusha Mittal said.

The metaverse is another way in which Web 3.0 has opened up new paths. Metaverse has also become a buzzword. It is an extension of how big Web 3.0 is. People can use virtual reality, augmented reality, or mixed reality devices to explore digitally made environments in this virtual world. The gaming market has paid a lot of attention to the metaverse as a market.

“The change that Jio brought to India has made it possible for people in the countryside to get high-speed internet, and the number of people with smartphones has gone through the roof. India is now one of the best places to start a new audience for the games. A lot of these games need a lot of sound. India would also have a big market for Web 3.0 gaming guilds “Polygon’s co-founder Sandeep Nailwal said as much.

People say that blockchain and cryptocurrency technologies are built on decentralized ledger technology (DLT). The DLT makes it possible for the Web 3.0 smart contracts to work together and be run by machines. The goal of decentralized technologies is to create an open and safe network where it is harder to break into, change, or manipulate data, making it less likely that fraud will happen. Hashes, which are cryptographic signatures that can’t be changed, are used to record all of the transactions that happen on the ledger. This makes the tokens compatible with each other and makes it possible to trade digital currency in a safe, secure, and decentralized way.
Also, firms can build their own strong communities with the help of native tokens. These communities could be a part of major conversations and have the power to make decisions because of the tokens. Tokens can also be useful, giving users the ability to make decisions and talk about them. This makes it easy for the community-run idea to work and gives users a say in important business decisions. Before blockchain and Web3, the idea of decentralized, self-governing organizations was far-fetched. But now, with the rapid growth of Web 3.0, many organizations are looking into this infrastructure to build a strong community of like-minded people who are all willing to help the company grow.

The world is changing quickly, and the COVID norms are being used more and more quickly. Because of the COVID-19 pandemic, more and more people are becoming digital natives. As one of the most important parts of Web 3.0, decentralization helps it be more open and work with other systems.

“Unlike the current financial system, users don’t have to go through a lot of cumbersome steps to interact with the network and take part in it. They only need to download or install a wallet to start sending and receiving payments. Web3.0 also gives people access to NFTs, digital art, virtual real estate, and other things that would be hard or impossible to get in the real world “said Kaavya Prasad, founder, Lumos Labs.

Web 3.0 has made a lot of noise, and it backs up that noise. There are a lot of different ways to use it, and it makes it easy to connect all the newest technologies in a way that lets them all work together. As an opportunity, Web 3.0 is huge. Even though it is still young, there have been a number of changes. Once it’s fully turned on, there would be no stopping it. 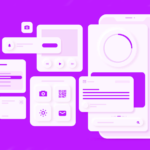