Vivo ‘s V series is a set of smartphones focusing more on-camera performance than on speed or aesthetics. The latest in this series-Vivo V19-also brings in the camera field some firsts for the company. We now have a dual-front camera system enclosed in a pill-sized recess, along with four sensors on the rear, taking the total number of cameras on the V19 to six.

Couple that looks promising for the Vivo V19 with a bunch of software features encased in Vivo’s abundant feature-packed camera UI. The Vivo V19 comes with some obsolete hardware, or the processor actually, as well.

The Vivo V19 features an overall compact form factor in the market, where most phones are getting big quickly. I think that’s one of its strongest strengths. Here the 6.44-inch screen is housed in a body that weighs just 186.5 grams. The smartphone is one of the few remaining phones you can still use with one single hand. The buttons are outstanding in positioning and input. Therefore, Vivo is not luckily a company that’s gone all out with the manageably tiny rear camera boost. Put on a case and there’s scarcely a bounce.

The bottom edge of the V19 is composed of a 3.5 mm port, USB-C slot, microphone, and speaker grille. On the right-hand side, there is a power button and a volume rocker. There is a secondary noise-canceling microphone up and there is just a SIM tray with two SIMs and a dedicated microSD card slot at the left bottom. The smartphone’s design feels overall premium.

Although the back is plastic, it has a beautiful silver finish, like the one on the Samsung Galaxy Note 10 +, which changes colors according to angled light. Nor is the slight branding on the back too intrusive. Attention is paid to detail, including a grooved lining running around the frame. Every part of the Vivo V19’s design feels it has just the right scale, shape, and color. Here are the full marks.

The 6.44-inch display panel of the Vivo V19 comes with Gorilla Glass 6 which makes it both solid and less reflective. On top-right, there’s a pill-shaped notch with the two front-facing cameras. The FHD+ AMOLED panel used is beautiful to watch and while blacks are dark, the colors are crisp and punchy. For all the binge-watchers there’s support for HDR10 which is great. 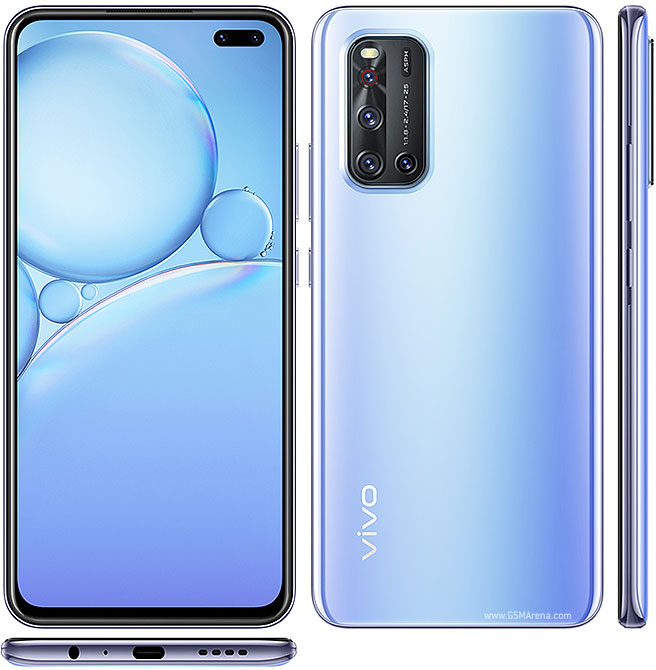 The range of brightness this screen has is an underrated element, which goes from as low as 1.9 nits to 1200 nits. That makes it a comfortable screen to look at, where it’s night or day. The only thing missing on the otherwise big screen is a higher-refresh-rate, which is certainly not a deal-breaker. An AMOLED with a refresh rate of 60Hz is still toe-toe with an LCD panel with a refresh rate of 90Hz/120Hz if not better than.

Usually, the Vivo Funtouch OS is a hit or miss with people. While some are fond of the abundant customizations, animations, and tuning options, others dislike the interface’s overwhelming aspects. The brand’s custom skin has always been removed from Android stock and also gives users a difficult time moving from other brands. The V19 does change that to some extent, though. With Funtouch OS 10, we see some big improvements, such as a cleaner fast settings screen, which is now accessible from above, rather than from below, from a tap. The App now has better control of permissions and a streamlined dark mode, based on Android 10. The ability to set the ‘darkness level’ in your dark mode is a major addition. 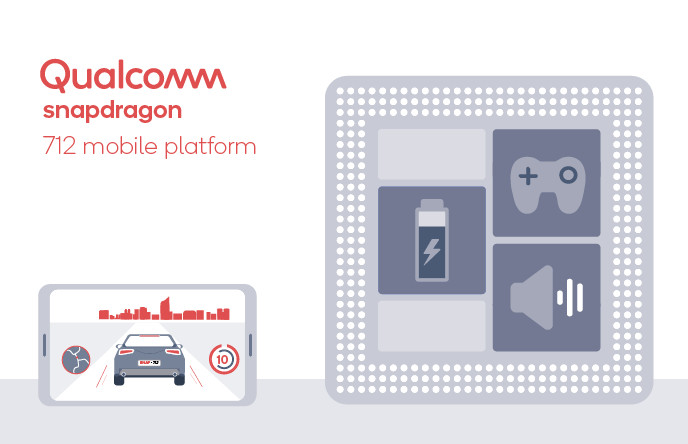 Still, with the Vivo V19, there are things that could be improved. There’s some bloatware, including a bunch of Vivo apps that you want to use on the phone. That includes even a separate app store. Simple items like changing the wallpaper allow you to use an app with themes that wouldn’t open without getting access to your phone and contacts that don’t make sense. Additionally, it remains a mystery whether Vivo will provide Android device updates to the handset. Current users of Vivo will fit in right here. Newer people may, however, often consider such nitpicking points a tad too much.

The Vivo V19’s main draw is its cameras. A quad-camera setup is installed on the rear. Here the primary sensor is the one with 48 megapixels. Images taken with the key sensor are excellent. Subjects are easy to concentrate on and have good detail. Post-processing offers punchy, eye-pleasing colors. The low light situation is where the photographs really shine. In low light, there is plenty of detail and precise colors and shots look great. Multiple exposure algorithms produce minimal noise under artificial indoor lighting in low-light and practically negligible noise. You can now see real-time live samples of low light images.

The ultra-wide camera performance is also good here. The sensor is capable of catching 105 degrees of FOV, which is not the biggest number in the game but does the job. There’s a lack of information for most phones use an 8-megapixel camera, but results are still pretty good during the daytime. In the meantime, macro shots have also proven to be successful, but only during the day. Video recording here is fine, enabling feeds up to 4 K 30fps or 1080p 60fps. You can even record with the ultra-wide lens but this will result in a significant quality loss compared to the main lens. An ultrastable toggle mode allows you to take super-smooth footage and live up to it with results.

The Vivo V19 now also sports two front cameras. The first of these is a camera with 32 megapixels that takes very nice accurate selfies. If you’re into that kind of stuff, a plethora of software features is available for you here. This helps you to do anything to reshape your nose on the go, including adjusting your skin tone. There’s also a super-wide sensor on the front that allows you to take large selfies and fit more subjects or individuals into one shot. A portrait mode of art will keep you as the main subject and either blur out the background or discolor it.

There’s also a pose-master feature which gives you stencil pose. You do have an ultra-stable mode on the front when recording video to avoid any significant shaking. When using the ultrawide sensor on the front, the same lack of information again occurs. But when you are in good lighting situations it does prove to be pretty useful.

The Vivo V19 has a Snapdragon 712 SoC and comes in two different versions. They both have 8 GB of RAM. The former has 128 GB storage while the latter has 256 GB storage. Mostly the output is good but sometimes the heavy UI makes its weight on the system visible. A Snapdragon 712 is controversial to choose from. This is the same SoC used on the Realme XT for some context, which has since been succeeded by the Realme X2, which the X3 will soon be succeeding in. If you are someone who wants more output out of your smartphone, you’d be better off with another Snapdragon 730 or 720 phones in the section.

The year-old 712 may not be a concern if you’re going to use the V19 for photos and light use, but you might want to invest in a smartphone that’s more future-proof for heavy multitasking and gaming. Multitasking is a breeze, however, and the 8 GB RAM ensures that apps stay on in the background and don’t get updated when you return to them. Thanks to the 4,500mAh battery on the phone, the Vivo V19 provides superb battery life. Here optimizations are done well and the fast charging of 33W also helps the phone to top up in about an hour.

The Vivo V19 is a great camera phone but in our books, it’s just a decent overall smartphone. The camera features of the smartphone are nothing to think about. Nevertheless, pricing takes it close to other phones that also have a similar camera experience, but with flagship processors such as the OnePlus 7T. And how much value-for-money the V19 brings to the table at Rs 27,990 for the 8 + 128 GB variant and Rs 31,990 for the 8 + 256 GB variant is uncertain. It almost looks like a phone with a flagship but does not function like one.

As the brand suggested, it is built to be a camera with a phone, not a phone with a camera, which happens to set perspective to the V-Series. However, aspects like an outdated processor and uncertainty in Android updates prevent this V-series device from being a phone we would recommend for even the non-camera buffs.